Thank goodness I brought my pie-baking supplies to Mexico. I never dreamed my pie plates would be put to such good use... 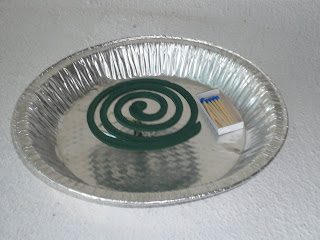 As an ash catcher for the anti-mosquito coil that burns in our bedroom all night. 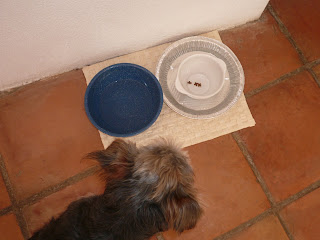 As a moat for the dog's unfinished breakfast -- keeps the ants out. 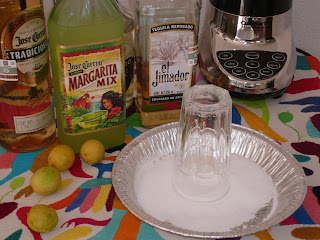 As a dish for salting the rim of a margarita glass.
Posted by Beth M Howard at 12:34 PM No comments:

They're growing. (Picture taken 5 Aug 08 in front of our house) 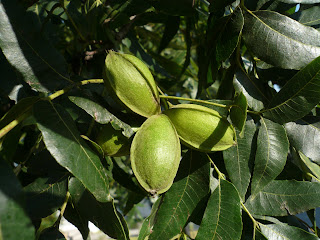 When you have a pecan tree growing up through the middle of your house you begin to think about subjects previously ignored, like the care and feeding of a pecan tree. Or, for that matter, where pecans even come from, besides Trader Joe’s fruit and nut aisle. I’ve been doing some research and found this bit of history on the University of Arkansas website:

Pecans are native to North America, from Texas to Illinois. The Indians were using pecans for food long before the European settlers came. Pecan is an American Indian word, which appears in varied forms in the languages of many of the tribes. They used pecans extensively, from pressing the oils for seasoning, they ground them into meal to thicken stews, and they cooked them with beans, and roasted them for long hunting trips.

What the article doesn't mention is that the growing region also includes northern Mexico. And it’s unlikely that the article was written before 1847 when northern Mexico was, in fact, part of Texas. It was only after the Battle of the Narrows—a war that took place just a few miles from our house—that Texas lost this vast chunk of pecan-rich country and henceforth became known as “The Lone Star State.”

As for watering the trees, I consulted the website of Texas A&M University.

Mature bearing trees require 2 inches per week....A good rule of thumb is to have a well capacity of 10 gallons of water per minute for each acre of trees. 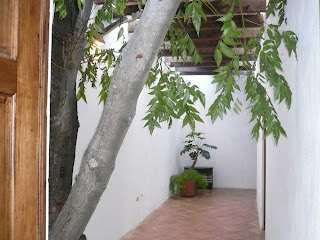 I have no idea how to translate that, except that I should probably be watering our trees more. I will up the two buckets per week to one bucket per day. It seems odd to plant such thirsty trees in such a dry climate. Ah, but the added water hauling will keep my arms in shape.

The site goes on to say: Nitrogen is essential for good pecan growth. The first application should be at bud break in April with additional applications in May and June.

Nitrogen?! I have no clue about how to feed a tree nitrogen. I’m a pie baker not a horticulturist. This only underscores how much more I have to learn about pecans—about the harvest, nut storage and cracking the shells in quantity—all so I can pick my own homegrown nuts for pie. But all of this research will have to wait, because right now I have some watering to do. 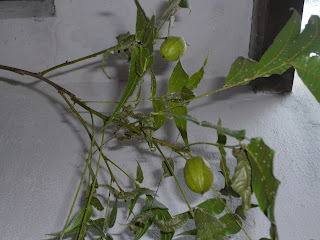 (Even the nuts inside our house are ripening.)
Posted by Beth M Howard at 1:04 PM No comments: