8 Reasons to Be Happy

When I am able to stop my tears long enough to look around and appreciate what goodness remains in life, there is actually a lot to be happy about. After pouring all my grief out to all you loyal readers, let me share with you the little rays of positive sunshine that have managed to penetrate my shell of sadness in the past week. 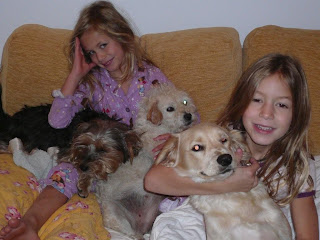 One: Three puppies and Melissa's two little girls showered me with affection during my stay in LA. We walked to school together every morning and the girls skipped on the way. It's impossible to be sad when you're skipping! This innocence and enthusiasm of these kids is a big reminder about the circle of life. Life does indeed go on. 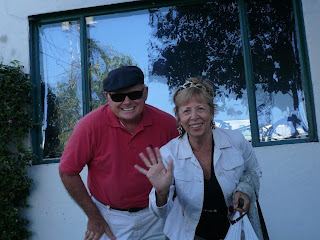 Two: My parents are hip, healthy, young-spirited, and very caring people. Even if they don't know how to talk about death or about my difficulties over losing Marcus, they are always right there. I'm lucky for that, lucky for them. 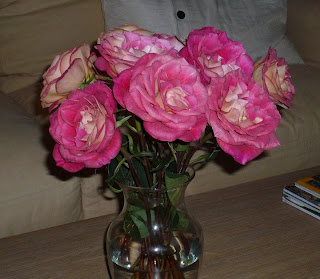 Three: Friends can show their care in the most unexpected ways. My friend Cheryl from high school sent me roses in LA and they cheered me up immensely. They opened perfectly and fully during the week. I haven't seen Cheryl in several years (she was at Marcus' and my wedding in Seattle) so her gesture was especially touching. 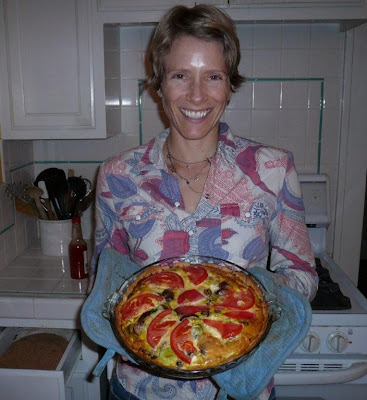 Four: It's great to be a house guest where upon arrival (after a 1,000 mile drive) you are greeted with a PIE straight out of the oven! A big thank you to Alison who has the easiest, quickest laugh -- along with the most beautiful, biggest smile. Though her veggie pie was delish, it's her laughter that's the best medicine. 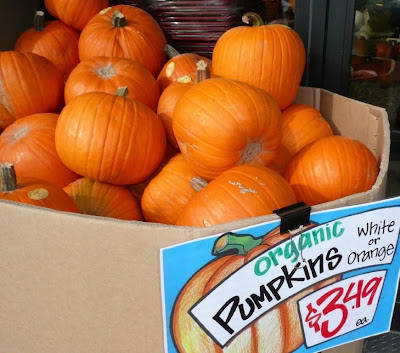 Five: Fall is here and fall is my favorite season. Why? Because it's all about pumpkin pie! Tip: I get my recipe off the label of Libby's Pumpkin can. But if you can't make your own, Costco makes a very tasty and large pumpkin pie and sells it at a bargain price.
Six: The sun is shining! In spite of managing my expectations for all rain all the time, Portland greeted me with four consecutive days of sun. Even better, it was warm enought to sit outside at Marcus' and my favorite French bakery, St. Honore, and eat an almond croissant. I have to say, that little tasty respite was good for the soul! And yes, it does feel comforting to retrace the steps of our life here together. 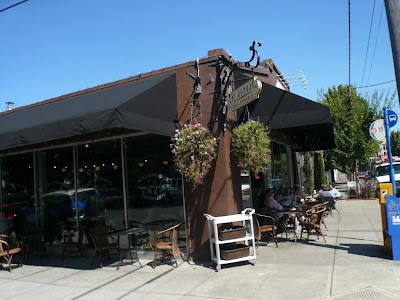 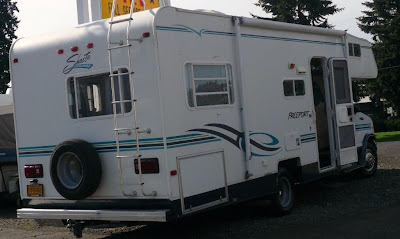 7: Marcus had put the RV up for sale but it hasn't sold, and now it's begging me to drive it to Crater Lake National Park before the snow sets in. (Crater Lake Lodge is where Marcus and I met, eight years ago, on September 29, 2001.) While I always hated the idea of owning this beast, I learned to enjoy the comforts of camping with a bed and an espresso maker. Marcus always drove, since I refused, but now I will have to face yet another fear and get behind the wheel. 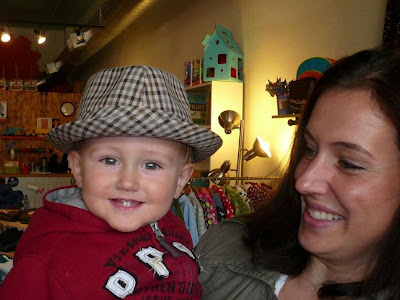 Eight: Last but certainly not least, I have a new boyfriend! His name is Nolan, he has six teeth, and still wears diapers. Okay, so maybe 15 months old is a little young for me, but he sure is charming. Like Marcus, he's German. What is it about those German guys that is so attractive?! Unlike Marcus, however, Nolan doesn't have a seductive British accent. But that's because he can't talk yet. I can't wait to see this sweet little thing grow up. He's a special boy, happy and always smiling. Nolan came to Marcus' funeral in Portland and during the reception wanted to play Peek-a-Boo with me. Even in my darkest hour, this little creature knew how to bring a bit of lightness.
Posted by Beth M Howard at 5:28 PM 5 comments: