Enough Pie, Pass Me the Salt 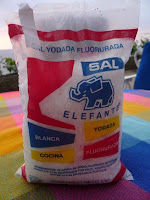 My friend Matt once said to me, "Beth, you're happiest when you're baking pies." If you've been reading this blog for a while, then you know I have been baking a lot of pie lately and it's not eradicating my grief. How much more fucking pie can I make before I stop feeling suicidal over Marcus' death?! If you've been reading this blog you will also know I have tried other means to feel better: cocktails at Mint/820, a day trip to the Oregon Coast, long hikes in the forest with my dogs, hours and hours of grief counseling, a 2-month road trip in the RV to California and Arizona. Lately, I've tried other means as well, like numbing myself with Netflix.

God knows it hasn't helped that the Pacific Northwest spring weather SUCKS. Even die-hard native Oregonians have been complaining about the rain and cold instead of giving me the normal "Oh, I don't mind it" responses. (I hate it when they say that!) So on top of my sadness I've been S.A.D. -- to the point of panic. I need to get OUT OF HERE...out from under the thick, suffocating, soul-crushing cloud layer...NOW....or else!

I tortured myself the entire Easter weekend (when I wasn't stuffing my face with chocolate bunnies and eggs), spending hours surfing the web for airline tickets to tropical climes. I know what helps and it's SUN. Period. But I couldn't justify the expense, and I felt too guilty about abandoning my dogs, so I convinced myself I couldn't fly anywhere. It didn't help that one friend suggested my problem was all "in my head," that I needed to deal with what was on the inside and not run away. And I might try, she suggested, going to a tanning salon. WTF?! I told my brother this and he added, with sweet sarcasm, "Yeah, and you can listen to CDs of wave sounds and tropical birds too."

The thing is I KNOW MYSELF. I know that the dark and wet climate of Portland is not good for me when I'm already down. So instead of flying south and leaving my dogs, I decided, I would pack up the RV with the pooches and drive south. Again. (It turned out pretty well the last time with the pie TV pilot and all.) Hell, I might even keep going all the way down to Baja California. Or I might drive all the way to Orlando and arrive in time for my judging gig at the National Pie Championships.

I organized my travel gear into piles, ready to load into the RV, and then took a shower. When I picked up my razor and found myself deforesting my bikini line -- as if in preparation for the beach -- I knew at that moment the answer was not the RV. Fly to Mexico. Go! Get to the sun A.S.A.P.

I bought the ticket at 2PM, called the dog sitter, and was on a flight the next morning at 5AM. 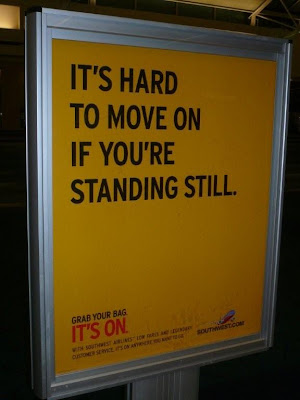 Bleary-eyed at 4AM, walking through the terminal at PDX, I was awake enough to see the signs (literally) that, yes, this was the right thing to do. (See photo above.)

I often quote Isak Dinesen, particularly as an argument against the use of anti-depressants. "The cure for anything is salt water: sweat, tears, or the sea." So, no, I don't need drugs and I certainly don't need a *#%*$ tanning bed. I know what I need and I've found it. It's a little piece of salt-saturated tranquility -- a room by the ocean with hot sun to warm my bones and a salty sea to swim in to soothe my broken heart. 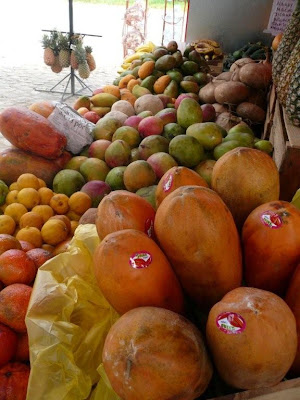 So, my friends, all this to say, Greetings from San Pancho, Mexico! I'll be here until next Tuesday. Working on my tan. And my attitude. The thing is, even after being here less than 24 hours, I'm feeling MUCH better already. At least it's a move in the right direction.
Posted by Beth M Howard at 10:07 PM 2 comments: